Acrisure Arena Opens in December to Delight of Fans 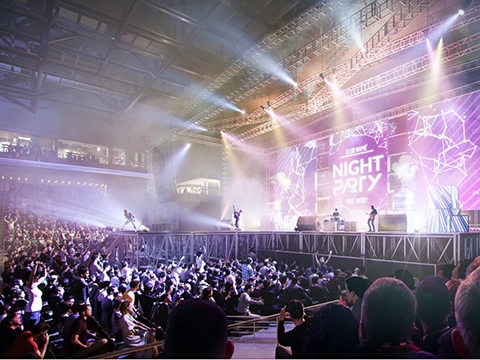 With the opening this month of Acrisure Arena, a 300,000 square foot venue accommodating up to 11,000 guests, there can be no doubt that the Coachella Valley is now a bona fide global entertainment destination.

Located just north of Palm Desert at Interstate 10 and Cook Street, Acrisure Arena is the home of the Seattle Kraken’s American Hockey League (AHL) team, the Coachella Valley Firebirds. The arena was also built for music and will host the best and biggest names in the industry thanks to a partnership with Live Nation, the world’s largest live events promoter.

The events already announced for the opening season represent a diverse mix of acts ranging from the Eagles to Lizzo. Rock and pop music are well-represented with The Doobie Brothers, Maroon 5, Journey plus Toto, and Jimmy Buffet, while country music fans can look forward to Shania Twain and Reba McEntire. Numerous Latin acts are also scheduled, including norteño superstar Ramón Ayala and Grupo Firme.

Comedy acts, children’s programming like Sesame Street Live, and family entertainment events including the Harlem Globetrotters prove that there are events coming up for all age groups and interests. Including hockey games, it is anticipated that the arena will host 150 events annually.

An adjoining community ice skating facility, the Iceplex, will serve as the training center for the CV Firebirds and will soon be open for public skating. The Iceplex will also host a skate academy, and offer hockey lessons and league play.

Thanks to its immediate proximity to the arena, Palm Desert is poised to be the perfect place to stay, eat and shop when attending an arena event. Hotels in the vicinity include Holiday Inn Express, Fairfield Inn, Homewood Suites, Hampton Inn, Residence Inn, and Courtyard by Marriott. For a full list of accommodations in Palm Desert, visit our Hotels page.

All Acrisure Arena entertainment events are listed on the Discover Palm Desert Calendar of Events as they are announced. For additional information, visit acrisurearena.com and cvfirebirds.com.