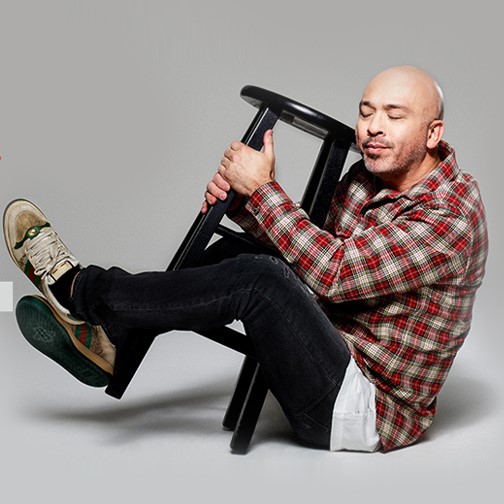 As one of today’s premiere stand-up comics Jo Koy has come a long way from his modest beginnings performing at a Las Vegas coffee house. The hugely relatable comic pulls inspiration from his family, specifically his son.

Koy started 2020 with a bang with four sold out shows and selling over 25,000 tickets at both the Chase Center in San Francisco and The Forum in Los Angeles. He continues selling-out and breaking records at some of the most prestigious venues around the world including Mall of Asia Arena (Manila, PH), Coca-Cola Arena (Dubai), ICC Theatre (Sydney, AU), and Radio City Music Hall (New York City).

In 2017, Koy broke a record for the most tickets sold by a single artist at 23,000 tickets and 11 sold-out shows at The Neal S. Blaisdell Concert Hall in Honolulu.  In response, the mayor’s office in Honolulu proclaimed November 24th as “Jo Koy Day.” The comedian continued his record-breaking streak by being the only comedian to sell out 6 shows at The Warfield in San Francisco.  He then broke the attendance record at Club Regent Event Centre in Winnipeg with 4 sold-out shows. In 2019, Koy sold-out 5 shows at the San Diego Civic Theatre, the most consecutive sold-out shows for a comedian. He recently became the only comedian to sell 17,000+ tickets, over 30 shows (in one year) at the Brea Improv.

On March 23rd, 2021, the comedian released his first autobiography, Mixed Plate: Chronicles of an All-American Combo with Harper Collins Publishers to raved reviews. In this funny and moving memoir, Koy uncovers the stories behind his stand-up: the conflict, the drama, and the laughter as he struggles to find his place in the entertainment industry, a country and the world.