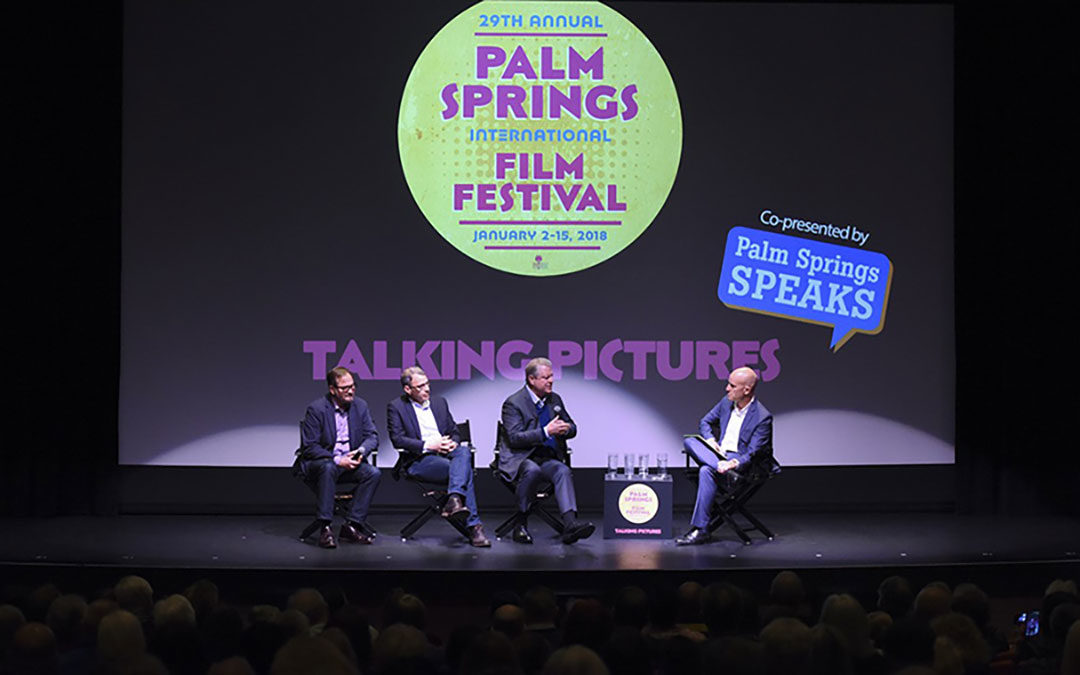 The Palm Springs International Film Festival dominates the cultural scene in the desert in January. You don’t have to be a dyed-in-the-wool cinephile to appreciate the festival’s sophisticated programming—there’s plenty of opportunity for novices to jump in and experience their very first film festival, as well.

If you’ve never attended the Palm Springs Film Festival—or any film festival for that matter—understanding how to go about learning about the films, purchasing tickets and navigating the festival itself can be confusing. We’re here to help!

First off, you will need to familiarize yourself with the festival’s safety protocols. The 2023 Palm Springs International Film Festival will require all attendees to show valid proof of full vaccination to enter venues and attend events. Masks are strongly encouraged, but not required.

Festival attendees will show their vaccination card and photo ID in order to receive a wristband to be worn for the duration of the festival visit. If the band is removed or lost, the process will need to repeated.

When safety requirements are covered, it’s time to get down to the basics of planning your festival visit. Our top tip is to plan your schedule and purchase your tickets as early as you can. While the festival itself runs from January 5 – 16, individual tickets for the 2023 festival go on sale on December 22. The festival’s website should be your first, best choice for research. It allows you to search for films by genre, region or director in addition to day and time. Clicking on a film that you’re interested in brings up a deep dive of details, including, in many cases, a link to its website or trailer.

Once you’ve made your selections, you need to buy your tickets. Again, the website is your friend as it will clearly indicate if a screening has already reached a “Limited Availability” or “Stand-By” status. Limited Availability simply means you need to call the box office to check on the tickets. Stand By indicates that a film has reached its presale capacity, but there may be tickets available at the door. More on that later!

If tickets are available, great! You can purchase tickets online and print them at home. Tickets can also be purchased at festival box office locations during regular business hours.

Even if you do everything right, some tickets are going to be harder to snag then others. Canadian films are always packed. And even though it’s an international film festival, some folks still don’t like reading subtitles, so English language movies do particularly well, too. By the time the festival rolls around, the films “shortlisted” for the Academy Award for Best Foreign Language film have been announced, so those films will be popular, too.

Whew! You finally have tickets in hand! Ready to see some films?

The last part of the drill is to understand the onsite logistics at the theaters themselves. Even though you have your tickets, the real lesson here is to get to the theater well in advance and line up. (Sounds counterintuitive if you already have a ticket, but that’s the way it works.) Upon your arrival, look for a “Ticket Holder” line labeled with your movie name and time. Lines begin to form about one hour before show time, and you’re expected to be in line no later than 30 minutes in advance.